View all articles on this topic

2. What is eaten for Children’s Day? 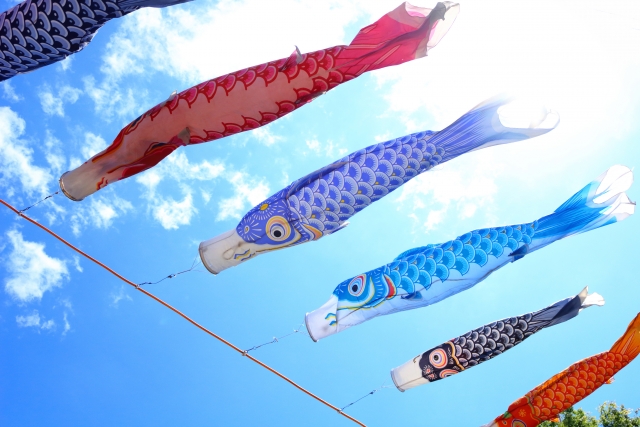 May 5th is Children’s Day, a Japanese national holidays established in 1948, that is also referred to as Boys’ Festival. This holiday is widely enjoyed as a day to celebrate the growth of both boys and girls.

Its origins lie in China’s Three Kingdoms period. In China, the first day of the horse in May was considered a day of disaster and impurities, and it is thought that this belief, including events to ward off evil, spread to Japan. The iris was used as a medicinal plant to defend against evil since it was believed to drive away evil spirits. There are customs that use iris to decorate the fronts of houses and to cleanse the body by soaking in a bath with iris leaves. Since the Japanese word for iris sounds the same as victory, valor or military spirit, May 5th became a day for events to wish for the healthy growth of boys during the era when there were still samurai in Japan. That was the beginning of Children’s Day.

On Children’s Day, dolls are dressed in armor and helmets resembling those samurai used to wear, and carp streamers are raised. Carp streamers coloring the early summer sky is a traditional scene throughout Japan in May, but with the increasing number of apartment complexes in large cities, more and more families decorate with small carp streamers placed on balconies.

Aside from dolls and carp streamers, chimaki and kashiwa mochi are also a must for Children’s Day. Chimaki, a food that came from China with the original events to fend against evil, is rice cake wrapped in bamboo leaves. Kashiwa mochi is rice cake wrapped in oak leaves. Oak leaves are used because they symbolize hope for the prosperity of one’s descendants, and because they first fall when new buds sprout.

Children’s Day on May 5th is one of the Japanese national holidays that make up the period called Golden Week, when many people take time away from work. Relax and enjoy days off in Japan while experiencing the new greenery and perfect weather for an outing and see the carp streamers waving on the breeze.